The Crossbowmen Company of the City of Volterra, refounded in 1998 after careful historical research, aims to revive, and make known, the charm of crossbow shooting, already present in the city since the early days of the City.

From the reforms of the Statutes of 1320 it results in fact that the crossbowmen were the most qualified force to defend the City, which then counted 114 provided by the various city Contrade, in addition to those from the castles and villages of Val di Cecina.

The Company, which today counts among its ranks 30 crossbowmen equipped with self-built crossbow, has managed to grow, thanks to the passion for shooting and the faithful historical reconstruction of the period it represents, that is, the first half of 1300.

Adhering to L.I.T.A.B. since 1998, the Company has immediately participated in the Italian Crossbow Shooting Championships, achieving more and more important successes: it hasn’t been off the podium for 11 consecutive years and has so far won 23 national medals, with 12 gold medals, 8 silver and 3 bronze, in the two categories of team and single.

It holds 24 medals in the Regional Championship. The last ones won in 2019, in the team category.

The Company participates in Historical Re-enactment events and Shooting demonstrations throughout the country and in European events, including “Peter and Paul Fest”, which takes place in the city of Bretten (Germany), and “Reichsteid Fest” in Heidelsheim (Germany).

The symbol of the group, represented on the frontal that always opens the apparitions of the Company, is a red and white rag bipartite vertically by a crossbow, with in the middle a coat of arms representing the dragon and the snake, emblem of the City of Volterra. 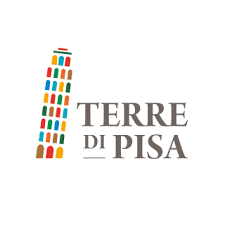